The major in religion studies consists of 32 credit hours of coursework (eight courses). Requirements include:

The department recommends that in consultation with a major advisor, students concentrate in one of the major religious traditions, or in a comparative or thematic approach to the study of religion. The concentration should include at least four courses. Language study appropriate to the concentration is also desirable.

Students are particularly encouraged to consider a joint or double major with another major field from any of the three colleges at the university.

Religion studies majors are admitted to honors by invitation of the departmental faculty toward the end of the student’s junior year. To be eligible, a student must have attained at least a 3.25 average in his or her major program by the end of the junior year. Upon admittance to honors, the student will work out a special program of studies for the senior year with the major advisor, culminating in the writing of a senior essay.

The minor in religion studies consists of a total of 16 credits.The specific courses to be taken by each student are to be decided upon jointly by the student and the departmental advisor. Ordinarily, the student will be expected to take one introductory course unless specifically exempted by the department chair. 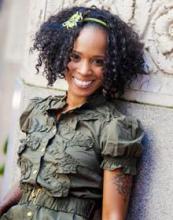