Recent Articles and Other Publications. For a complete list, see complete CV (in pdf):

“A Character in Search of a Story: The Reception of Ben Sira in Early Medieval Judaism.” In Wisdom Poured Out Like Water’: Studies in Jewish and Christian Antiquity in Honor of Gabriele Boccaccini. J. Harold Ellens et al., eds. Berlin: Walter de Gruyter, 2018, 377–395.

“What Does India Have to Do with Jerusalem? Ben Sira, Language, and Colonialism.” In Jewish Cultural Encounters in the Mediterranean and Near Eastern World. Mladen Popovic, Myles Schoonover, and Marijn Vandenberghe, eds. JSJSup 178. Leiden: Brill, 2017, 136–156.

“Sirach 10.1–18: Some Observations on the Work of the Translator.” In Texts and Contexts of the Book of Ben Sira/Texte und Kontexte des Sirachbuches. Gerhard Karner, Frank Ueberschaer, and Burkard M. Zapff eds. SBLSCS 66. Atlanta: SBL, 2017, 163–188.

“‘She Undid Him with the Beauty of Her Face’ (Jdt 16.6): Reading Women’s Bodies in Early Jewish Literature” (with Suzanne M. Edwards). In Religion and the Female Body in Ancient Judaism and Its Environments. Géza G. Xeravits, ed. DCLS 28, Berlin: Walter de Gruyter, 2015, 73–108.

"Scribes, Translators and the Formation of Authoritative Scripture.” In In the Footsteps of Sherlock Holmes: Studies in the Biblical Text in Honour of Anneli Aejmelaeus. T. Michael Law, Kristen De Troyer and Marketta Liljeström, eds. CBET 72. Leuven: Peeters, 2014, 3–29. 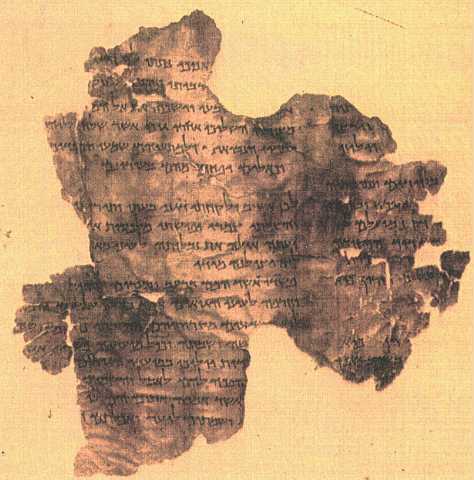 Benjamin Wright is Professor of the History of Christianity in the Religion Studies Department at Lehigh University. Many hours of Professor Wright's teenage years were spent reading the Bible. It only occurred to him after starting a major in Biology in college that he could spend a career doing that. He graduated with a B.A. in Philosophy and Religion from Ursinus College, a small liberal arts college outside of Norristown, PA. After college he attended Eastern Baptist Theological Seminary in Philadelphia where he earned his M.Div. in Biblical Studies. He finished his “formal” education at the University of Pennsylvania where he received a Ph.D. in Christian Origins, although the fun part of his job is learning new things about the ancient world every day.
At Lehigh he teaches courses in Bible, ancient Jewish and Christian literature, and the history of Judaism and Early Christianity. His research focuses mostly on Judaism in the Second Temple period (from about 300 BCE to the end of the first century CE), which includes the beginnings of Christianity. While he has published on a variety of subjects, most of his research has concentrated on three areas: (1) Jewish Wisdom literature of the period, especially a book called the Wisdom of Jesus Ben Sira; (2) the translation of Jewish literature from Hebrew into Greek; and (3) the Dead Sea Scrolls. He most recently completed in 2015 a commentary on the Letter of Aristeas for inclusion in the Commentaries on Early Jewish Literature series (published by Walter de Gruyter). He also edited with Albert Pietersma of the University of Toronto and translator, A New English Translation of the Septuagint (New York: Oxford University Press, 2007), the first translation into English since 1841 of the Septuagint/Old Greek translations.
So much for the “formal” part. Anyone can look at the course catalog or Prof. Wright’s curriculum vitae and find out all this information. What he/she cannot find there is that Professor Wright is also an active ice hockey fan and coach. He was Head Coach and Faculty Advisor of Lehigh’s Division 1 ACHA Club team from 1994–1999. The University awarded him its Faculty Advisor of the Year Award in 1996, and he won the Eastern Collegiate Hockey Association’s first ever Coach of the Year Award in 1999. He served as an Associate Coach and the team's Faculty Advisor until 2011. He has also coached youth travel hockey with the Bethlehem Blast, high school at Liberty High School, where his son played before graduating from Liberty in 2008 and most recently coached the Salisbury Youth and Middle School teams. He also is a Coaching Education Program instructor in USA Hockey's Atlantic District.
She/he also could not discover in the formal bits that Prof. Wright is an avid guitar player. He has played in several bands, but currently plays with friends just for the fun of playing.  Prof. Wright also occasionally performs with his wife Mary, an independent theater artist and storyteller (go to Mary's storytelling website). He played the music in her one-woman show Arabella’s Great Adventure, the story of an intrepid single woman traveling the Oregon Trail. They have also performed together as the Community Guests at Touchstone Theater's "Christmas City Follies." Prof. Wright periodically plays a solo gig or two, and Mary often joins him. In 2004, he built his own guitar under the tutelage of luthier Frank Finocchio (go to Frank's website), and he would do it again in an instant (picture below). 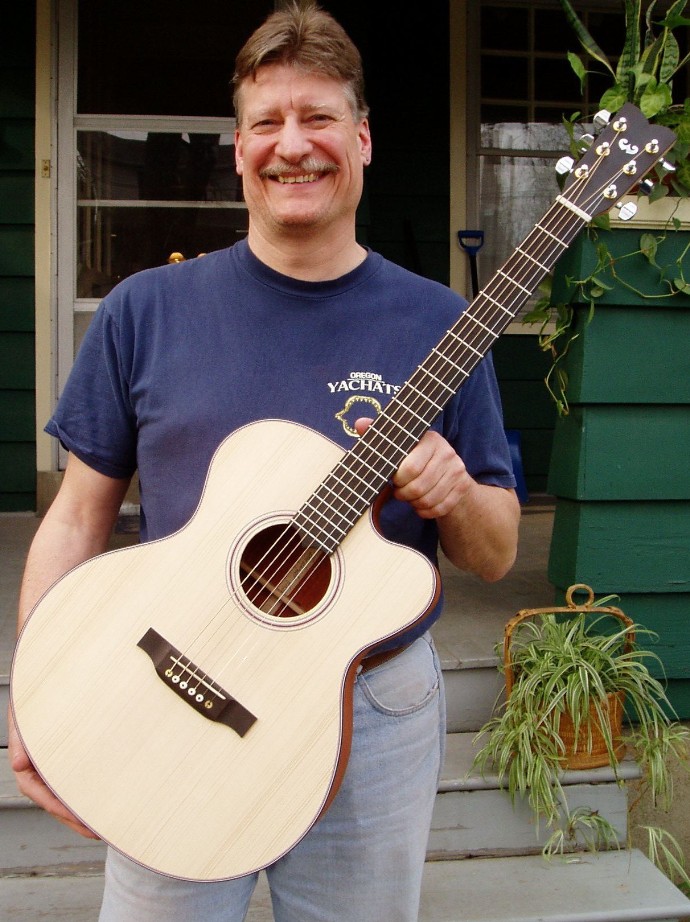