Enlightenment rationalism and evangelical pietism have traditionally been categorized as polar opposites. Each has played foil to the other. But in this lecture I seek to demonstrate how eighteenth century evangelicalism, no less than the secular “New Learning,” participated in a common Enlightenment grounded in appeals to experience and “sensation." By looking at luminaries John Locke, Jonathan Edwards, and George Whitefield we see how each appealed to a new epistemology grounded in experience and what Perry Miller labeled “The Rhetoric of Sensation.” Far from being philosophical opposites, the Evangelical version of Protestantism was created by the Enlightenment. 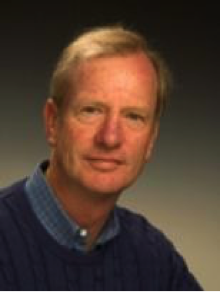 Harry Stout is the Jonathan Edwards Professor of American Religious History, at Yale University. He is General Editor of The Works of Jonathan Edwards and General Editor of the Religion in America series at Oxford University Press. In addition to numerous articles, Stout has authored or co-authored several books: The New England Soul: Preaching and Religious Culture in Colonial New England (Pulitizer Prize finalist); An Enemy Among Them; The Divine Dramatist: George Whitefield and the Rise of Modern Evangelicalism (Pulitzer Prize nominee); A New England Congregation: First Church, New Haven, 1638-1988; and Upon the Altar of the Nation: A Moral History of the American Civil War (2006). Professor Stout was the Rogers Distinguished Fellow at the Huntington Library, 2011-2012.